Spinner dolphins are extremely acrobatic and they can spin along their longitudinal axis. They have a longer rostrum, [that is the beak, or nose], than other species of dolphin. This sculpture had an extraordinary cantilever that seems to defy gravity, much as the Spinner dolphin will display, but this action is thought to be both territorial and to shake off the numerous fish that attach themselves the sensitive skin of all Cetaceans.

Next time I sculpt a Spinner dolphin in motion it will be with an even greater degree of spin! 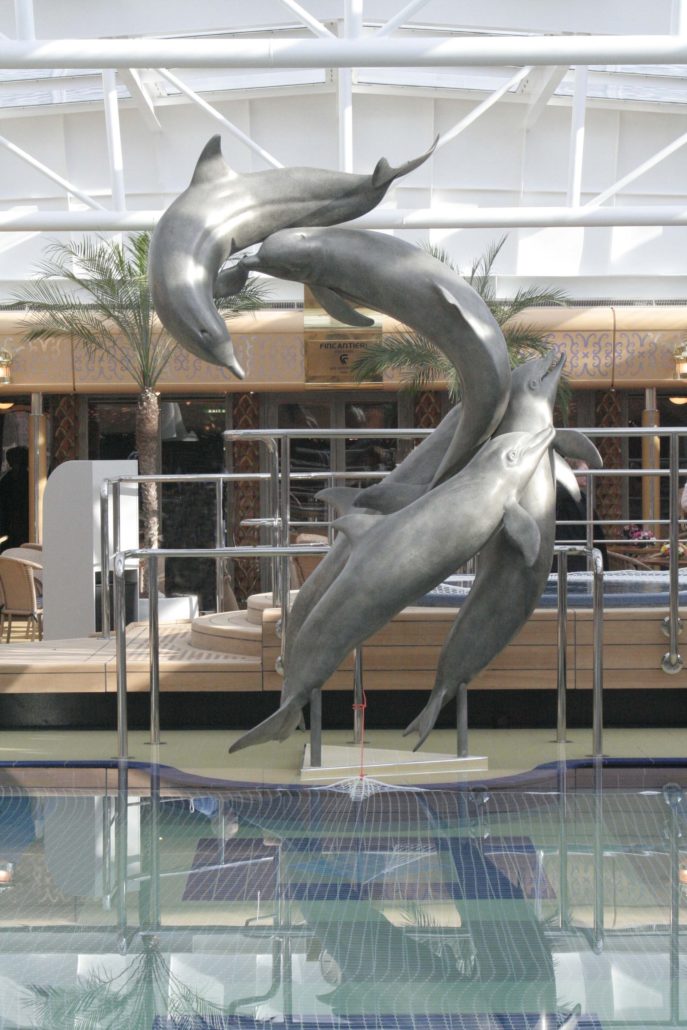 The Inauguration of MS Noordam celebrated the famous actress.

Marlee Matlin as ‘Godmother’ of the ship. 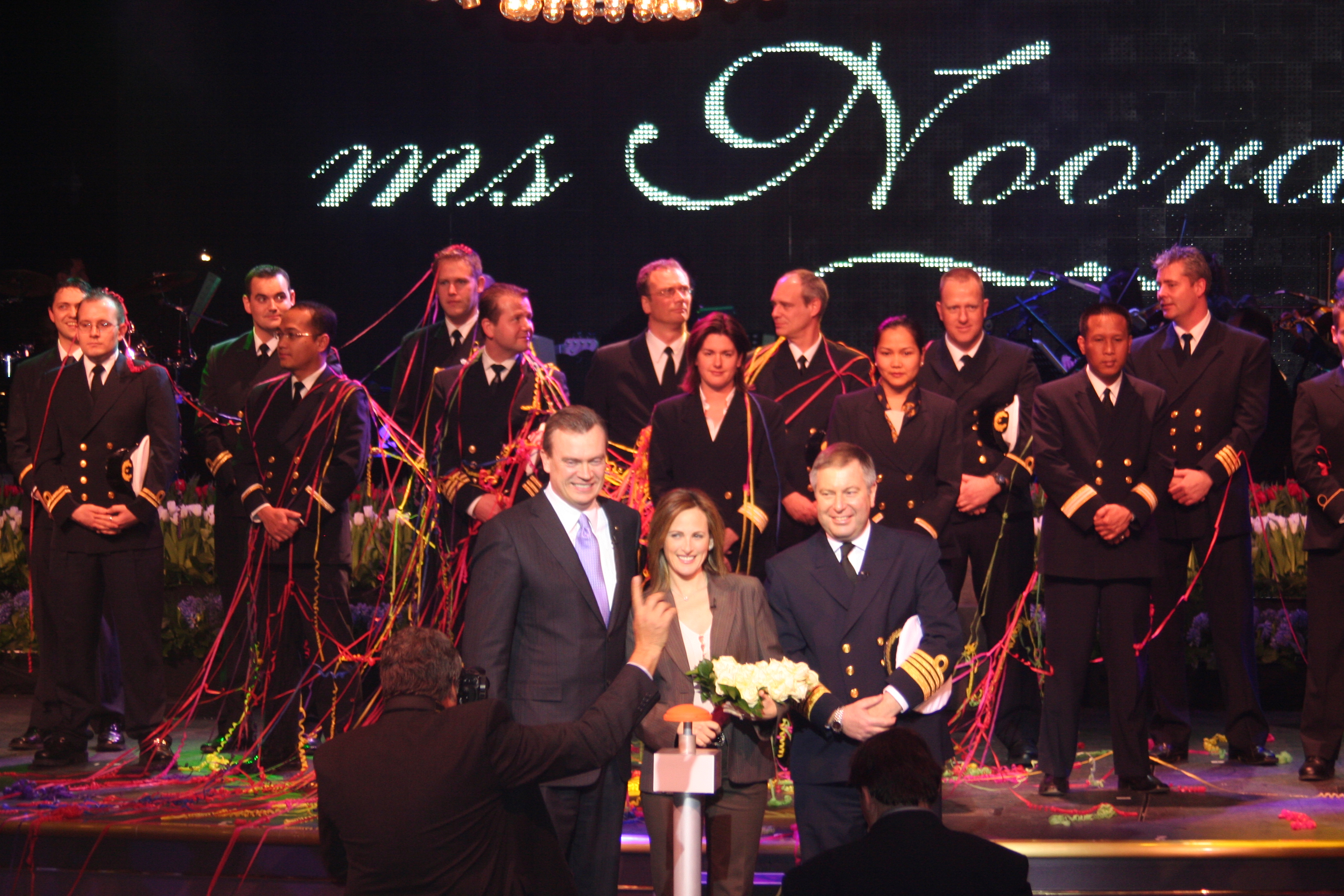 Here standing next to Stein Kruse, CEO of Holland America Group – The tradition still holds that a ship must be officially launched by a women for continued safe passage. Thus there is always a ‘godmother’ who is will swing the bottle of champagne towards the bow to commence the launch festivities. If the bottle does not break, this is considered bad luck for the mariners.

When my mother sailed around the world on her 65ft sloop it was myself who hurled the bottle of champagne at the end of a rope, and happily the bottle broke and spewed alcohol all over the bow. Consequently my mother returned after nearly five years at sea relatively unscathed, except for a fishhook in her arm which she stitched herself while in mid Pacific, ouch!